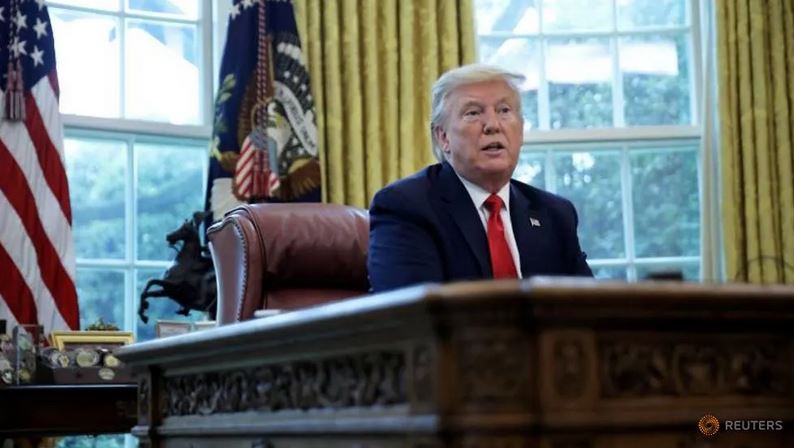 FILE PHOTO: U.S. President Donald Trump answers questions during an interview with Reuters about China, the novel coronavirus (COVID-19) pandemic and other subjects in the Oval Office of the White House in Washington, U.S., April 29, 2020. REUTERS/Carlos Barria
WASHINGTON - Reuters

Trump bolsters ban on US investments in China

President Donald Trump has signed an order strengthening a November ban on US investments in alleged Chinese military companies, the White House said on Wednesday (Jan 13), curbing Chinese access to US capital markets days before he leaves office.

Under the amended directive, by Nov 11, 2021, US investors will be required to have completely divested their holdings of securities of companies designated by the Defense Department as owned or controlled by the Chinese military.

The change expands the scope of the initial November executive order, which initially only restricted US investors from buying those securities by that date.

The executive order is part of Trump's bid to cement his tough-on-China legacy in the waning days of his presidency. It also sought to give teeth to a 1999 law that tasked the Defense Department with drafting a list of Chinese companies it believes are owned or controlled by the Chinese military.

Among the 35 companies that the DOD has blacklisted so far are China's top chipmaker SMIC and oil giant CNOOC. But Reuters and other outlets reported earlier on Wednesday the administration had scrapped plans to blacklist tech giants Alibaba, Baidu and Tencent.

The Chinese Embassy in Washington did not immediately respond to a request for comment.