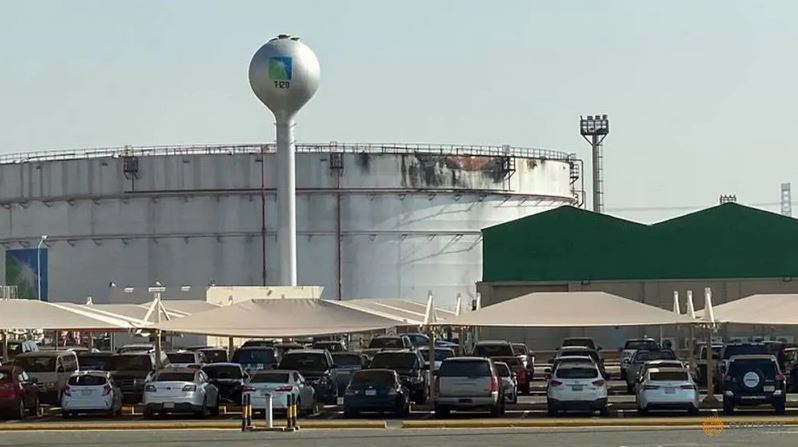 Saudi Aramco said on Tuesday (Nov 24) its domestic fuel supplies were not affected by an attack from Yemen's Houthi group on a petroleum products distribution plant in the north of Jeddah city, with operations resuming three hours after the incident.

Yemen's Iran-aligned Houthi forces on Monday said they fired a missile at and struck the facility. Saudi authorities later confirmed the attack.

One of the 13 tanks used for diesel oil, gasoline and jet fuel at Aramco's North Jeddah Bulk Plant is currently out of action, the facility's manager Abdullah al-Ghamdi told journalists on a tour.

Ghamdi said they were still assessing the scale and cost of the damage from the attack which happened at 3.50am local time on Monday.

He described the site as a "critical facility" with total storage capacity of 5.2 million barrels. It can distribute more than 120,000 barrels of products per day domestically to Jeddah, Mecca and the al-Baha region.

"Within a minute the response team started the firefighting system which is fixed to the tank itself. A minute or two later the fire station crew arrived at the scene," Ghamdi said. 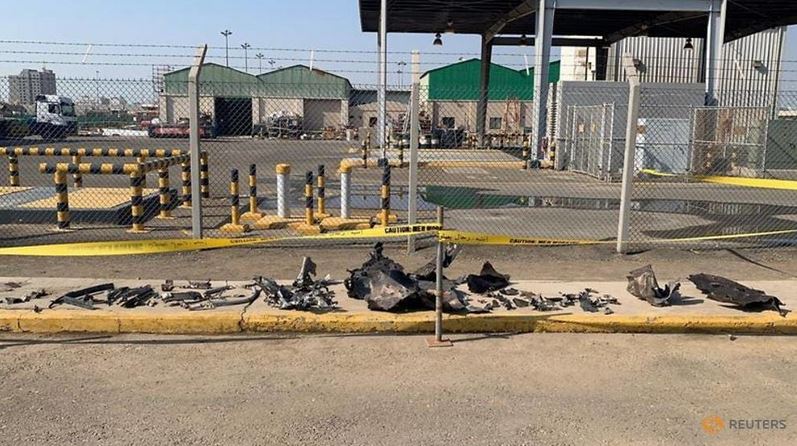 A general view shows the damage at a Saudi Aramco oil company distribution station that Houthis say they attacked, in the city of Jeddah, Saudi Arabia, Nov 24, 2020. (Photo: REUTERS/Marwa Rashad)

A fire caused by the attack was extinguished in around 40 minutes with no casualties, he said.

"It was a big fire, a big explosion, but was dealt with swiftly," Ghamdi said.

The projectile struck the storage tank, which has a maximum capacity of 500,000 barrels, from the top, causing "major damage" to its roof, with a hole around 2 sq m, the official said.

Black marks and some damage around its top rim were visible.

Monday's attack comes less than two weeks after a fire near a floating platform belonging to the Jazan oil products terminal was contained with no injuries.

That fire was the result of another attempted Houthi attack in which the Saudi-led coalition intercepted and destroyed two explosive-laden boats in the southern Red Sea.