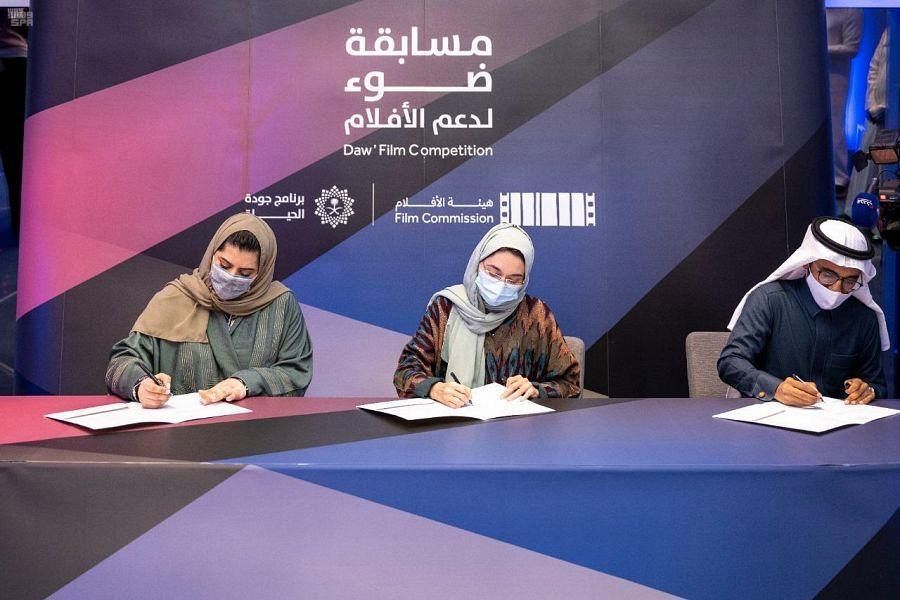 The Film Commission has selected 28 Saudi cinematic projects, with funding of up to forty million riyals, kicking off its initiative to support cinema industry in the Kingdom of Saudi Arabia.
The CEO of the Film Commission Abdullah Al Ayyaf Al-Qahtani, thanked Prince Badr bin Abdullah bin Farhan, Minister of Culture and Chairman of the Board of Directors of the Film Commission, for his continuous support for cultural projects, including Daw' Film Competition which resulted in the selection of the winning novel and short texts.
The competition aims to develop the film industry in the Kingdom, and to empower Saudi talents to enrich cinematic content, in addition to presenting Saudi cinematic content on various local and international platforms, and establishing a sustainable model for film financing for the filmmaking community.