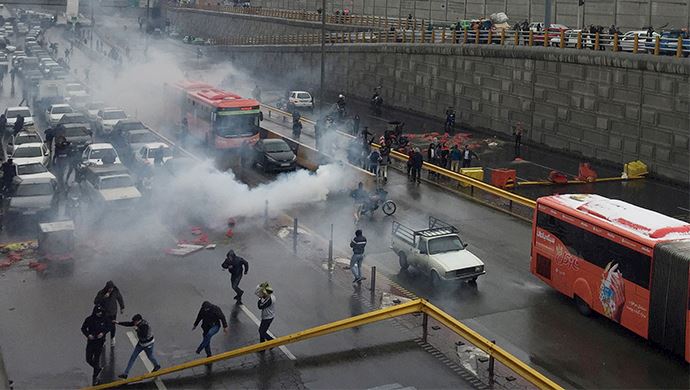 Earlier this week Iran's President Hassan Rouhani said that Iran is experiencing its most difficult times since the 1979 Revolution. Later, without prior warning, the state-run National Iranian Oil Products Distribution Company announced an immediate 50% increase in the country's gas price early Friday. The heads of three key branches — government, parliament, and judiciary decided this energy policy as a signal of unity.

“All of these games carry one message: The treasury is empty and the only way they have to fill it is to take from the people’s pockets,” said an energy trader in Tehran.

However, a few hours after the announcement of the new gas price, large protests rocked major Iranian cities on Friday, with clashes reported between protesters and security forces in at least 90 major cities.

The protests in Iran on Friday were set off by economic anxiety but quickly turned to an anti-government tone. With slogans such as "death to the dictator", in reference to Iranian Supreme Leader Ali Khamenei. 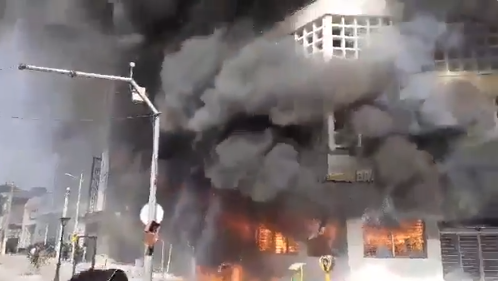 There were reports of violence breaking out, with banks, government buildings, police cars, and gas stations being torched. Demonstrators call for people to stop using their cars and close roads while chanting "death to the dictator" and demanding the oust of Rouhani.

In Tabriz west of Iran Protesters set fire to a bus belonging to the regime's security forces.

In Eslamshahr, southwest of Tehran Locals set fire to a small police station.

In Tehran, The gold bazaar in the country's capital has gone on strike in solidarity with nationwide protests over a recent gasoline price hike.

In Isfahan, central Iran Demonstrators chanting, "Down with the dictator!"

Many Iranians also took to social media to air their grievances about the increased gas prices. 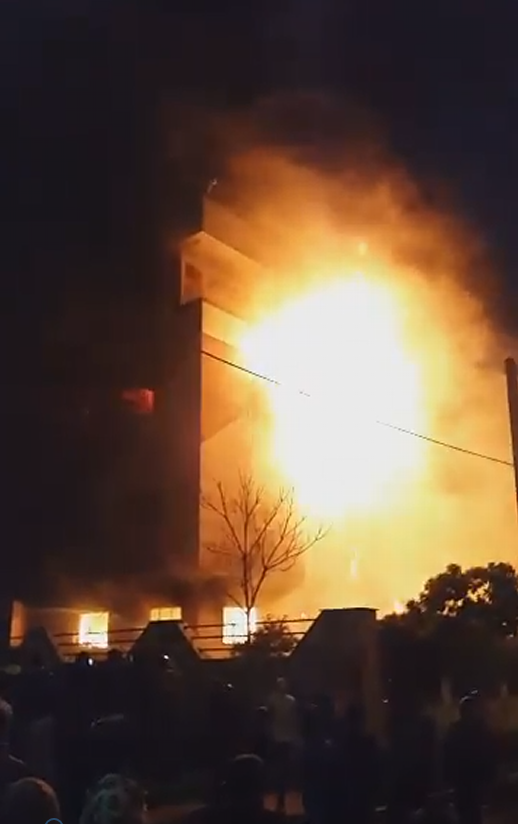 In Shiraz, south-central Iran, Protesters torched two vehicles belonging to security forces as clashes continue across this city and other areas throughout the country.

In a video from Behbahan, SW Iran Locals set a Bank Melli branch on fire demonstrators chanted: "Gas prices have increased and the poor have become poorer! Iranians will die, but will not accept humiliation!"

Social media exploded on Friday with A video showed, protesters, believe that the Iranian regime has increased the price of gasoline in Iran, while it is spending billions to military aid Bashar al-Assad in Syria, as well as its proxy forces in Iraq and Hezbollah in Lebanon.

Footage of protest in the city of Behbahan show enraged people chanting, "No to Gaza, no to Lebanon; I sacrifice my life for Iran."

In the meantime, According to AP, Iran’s supreme leader on Sunday backed the government’s decision to raise gasoline prices and called angry protesters who have been setting fire to the public property over the hike had links with MEK.

Ali Khamenei’s comments came as authorities apparently shut down the internet across Iran to smother the protests in some two dozen cities and towns over the rise of government-set prices by 50% as of Friday.

Assadollah Asadi spokesperson of the Parliament said on Sunday that at a closed session of parliament, Ali Shamkhani National security advisor revealed that a number of protestors were affiliated with MEK members

Some Iranian economists warned that the new energy policy would fail for a number of reasons. The price increases are not significant enough to give the government a big financial boost — estimated at $800 million a year. But for ordinary Iranians, the added expense could breed resentment and lost confidence.

Additionally, the IMF has predicted that Iran’s economy will shrink by an astronomical 9.5 percent this year.

One expert said this year; something is occurring that has never previously happened in Iran.