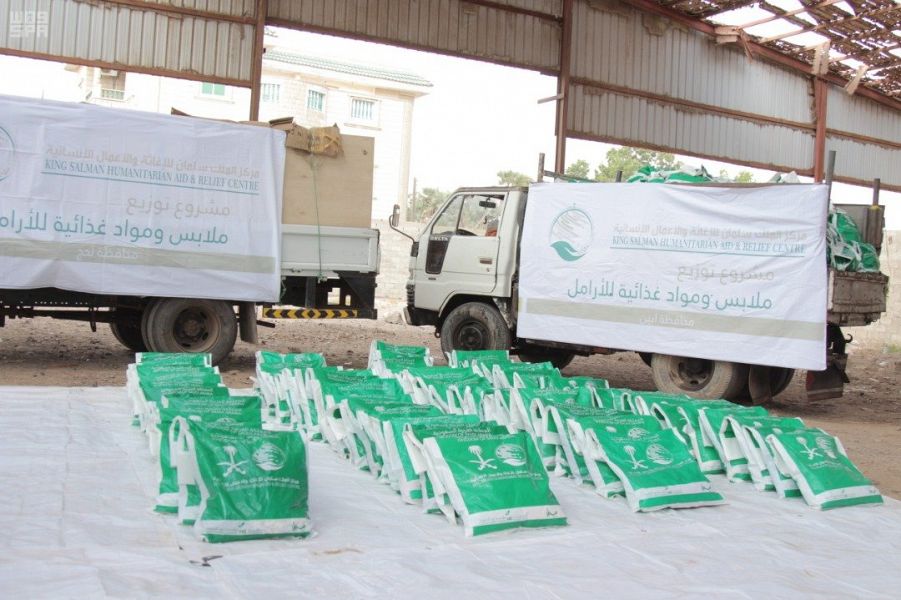 The Center yesterday inaugurated the distribution in the governorates of Aden, Abyan, Lahj, Dalia and Shabwa.

After the inauguration, the KSrelief manager in Aden said that this project funded by the Center includes the distribution of 75,000 pieces of clothes and foodstuff to widows in nine Yemeni governorates including Aden, stressing that the Center's support reflects the Kingdom of Saudi Arabia's commitment to support the Yemeni people and stand with them in their ordeal.

For his part, project manager Fahmi bin Muhanna said that the project aims to alleviate the suffering of widows and help them to bear the burdens of life, praising the role of KSrelief and its generous support for Yemen to overcome this difficult stage facing it.