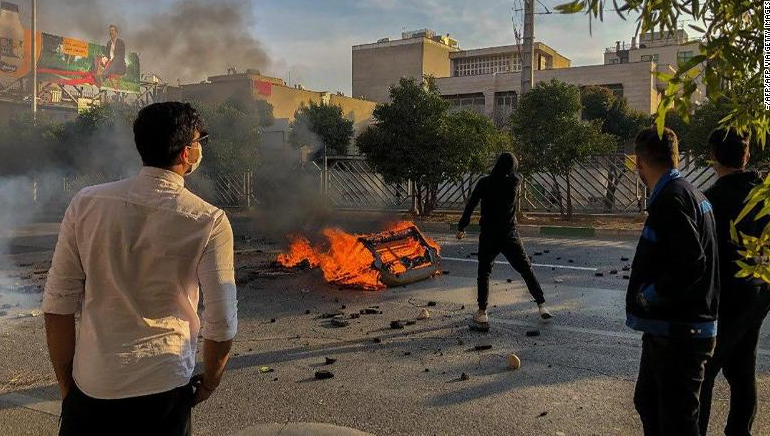 Protesters block a road in the central Iranian city of Shiraz on Saturday.
By: Hassan Mahmoudi

Shiraz is a city in south-central Iran, the birthplace of the ancient Persian civilization. Known for its literary history and many gardens. The marble Tomb of Hafez, honoring the revered poet, sits within its own garden. People from all over the world learn Persian to read his beautiful poems.

To the east, the Mausoleum of Sadi houses the 13th-century writer’s mosaic-tiled tomb and an underground pool. Shiraz is a gateway to Persepolis. Pasargadae is where you will find the Tomb of Cyrus, King of Persia.

The city was spared destruction by the invading Mongols,in 13 th century. In 1503 the Safavid Shah Esmāʿil I took Shiraz and killed Sunni religious leaders in an effort to enforce Shiʿism. 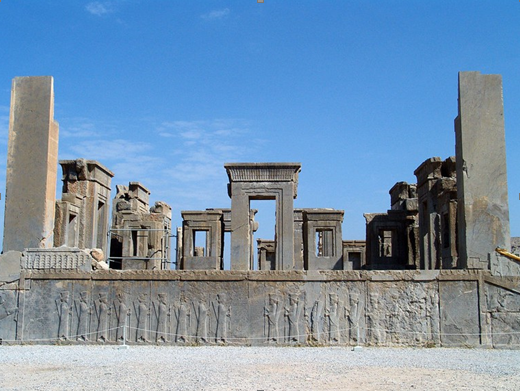 In 1979, The Mullahs established a system of religious rule that set itself the ambition of becoming an Islamic empire, a mega Caliphate, encompassing the whole Muslim world. Since its establishment,40 years ago the "regime of the mullahs", imposed violent repression attacked on human rights, including limiting freedom of expression and international terrorism (including attacks and hostage-takings) and funding armed movements hostile to Westerners, such as Hezbollah in Lebanon , Hash-ol- Shabi in Iraq and Houthi in Yemen. Nevertheless, the Iranian people’s struggle against the Mullah’s dictatorship.

Khomeini, and after him Khamenei, acting as despotic leaders, consistently blocked any possibility of popular sovereignty and increased the absolute authority of the Supreme Leader at the head of power. 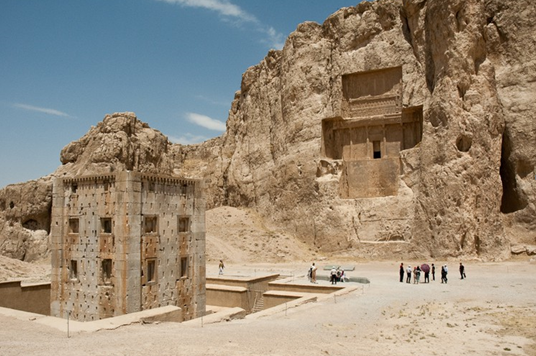 Consequently, through their history of bloodshed, Shiaraz's citizens have never witnessed dictators like the supreme leader Ali Khamenei, who has given orders to open fire on protestors, slaughter the injured demonstrator in hospitals, and resort to Internet blackout to quell the demonstrations by depriving them of this crucial protest tool.

Protests flare up across Iran on last Friday with chants of "Death to Khamenei," "No to Gaza, no to Lebanon; I sacrifice my life for Iran.", after the government imposed gas price hike. Up until now at least 251 people dead, more than 3500 injured and more than 7000 arrested in 141 cities since security forces started cracking down on demonstrators.

In recent days, people in Shiraz have captured most parts of the city. The government forces have lost control over this major city. Police stations have been evacuated, no security forces are seen in the streets, and even the plain cloth members of the ministry of intelligence are not seen in the scene. The metropolitan train has been stopped.

Protesters block a road in the central Iranian city of Shiraz on Saturday.

The incident in the IRGC compound on Nov.17 seems to have disrupted all plans, and the forces are in confusion. 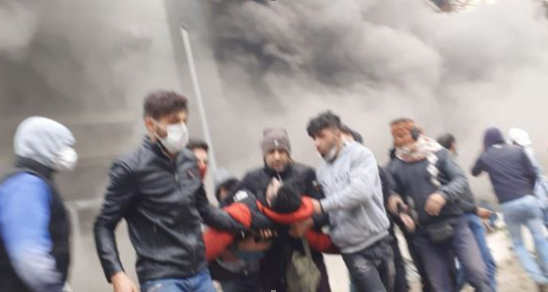 One Shiraz local reported from the scene: "all the banks were set on fire the bases of the Revolutionary Guards' Basij forces were destroyed. The city is in a very disordered state. Law enforcement officers have fled around government buildings. Moreover, all the buildings are in people's hands. No gas stations are active. The mothers support the protesters and bring them food and water. The situation is irreversible. In the year 2017, the regime was able to recapture all the sites, but it is no longer possible for the government to do it.

Another local said: "this morning at 10 AM, all shops on Mulla Sadra Street was closed. Convenience stores owned by the IRGC have been vacated and has been set on fire."

Another Local said: "it is like a hunger revolution here."

Another local said: "Shiraz is falling, death toll high, I see Blood and smoke everywhere. A few police stations camps have fallen into the hands of youth."

Another local said: "Khamenei's forces were not able to have any reaction, therefore, they raised a helicopter and fired against protesters from the air.