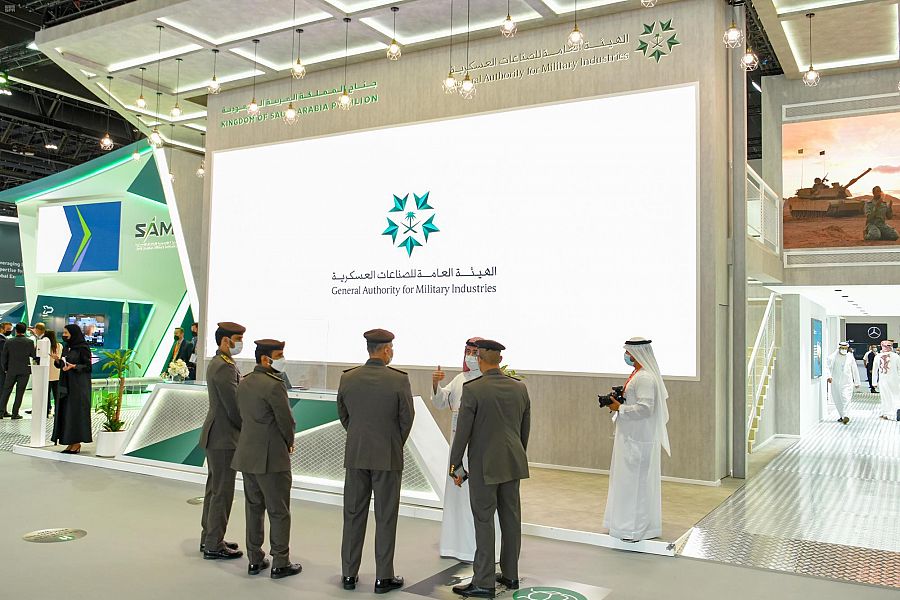 The Media Center of the Kingdom of Saudi Arabia's pavilion, being organized by the General Authority for Military Industries (GAMI) at IDEX 2021, has revealed an increase in the number of companies operating in the military industries sector in the Kingdom of Saudi Arabia. By the end of 2020, the number of local and international military industries companies reached more than 70, with an estimated investment volume of SAR 24 billion .
The GAMI stated that it has issued licenses for 70 local and international companies until the end of 2020. The total number of these companies' licenses reached 114 licenses that would enable them to practice several different activities in the military industries sector. The percentage of manufacturing licenses reached 57% and the military service licenses reached 25%, while the percentage of supply licenses reached 18%. The licensed national companies in this sector represent 81%, while the percentage of foreign and mixed companies reached 19% of the total number of companies.
The authority stated that it aims to support investors and facilitate their entry into the Saudi military and security industries market, making them a part of its strategy that contributes to the Saudi Vision 2030 objective of localizing over 50 percent of the military equipment spending by 2030.
GAMI’s online licensing portal; licensing.gami.gov.sa allows investors to issue permits and military licenses that include six different activities in the sector including military equipment, military services, military electronics, in addition to military electronic services, ammunition and manufacturing explosives.
The General Authority for Military Industries is the responsible authority for regulating, enabling and licensing military industries in the Kingdom of Saudi Arabia. It is responsible for developing a sustainable sector for defense and security industries in Saudi Arabia that enhances its strategic independence in this field, strengthens the foundations of its national security and supports its economic and social growth.