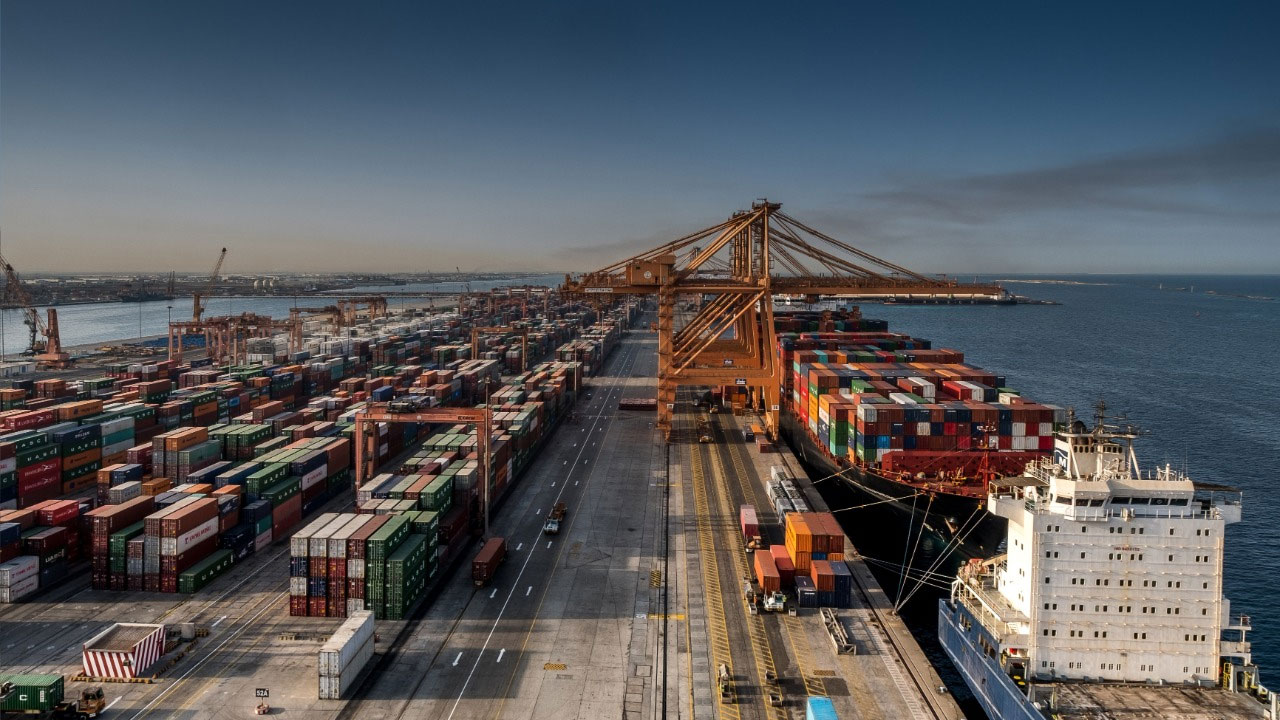 The Kingdom of Saudi Arabia ranked fifth as the world's fastest in container ships handling per hour, according to the UNCTAD annual index issued by the United Nations Conference on Trade and Development.
With an average of 16.8 hours for container handling in Saudi ports, Saudi Arabia made its debut to the list of the world's top ten ports, according to the UNCTAD report for the year 2020.
Saudi Ports Authority (MAWANI) has implemented a package of initiatives that contributed to this progress in joint cooperation with the General Directorate of Border Guards, Saudi Customs and Ministry of Health in accordance with international best practices that include cancelling the prerequisite approval to start up ship's handling operations, and containers unloading and loading, once the ship is anchored, and cancelling the previously required approval to allow the ship to continue its journey, suffice the issuance of an electronic port permit.
Moreover, container loading and unloading handling productivity was improved following the signing of new container concession contracts in 2020, which included the Key Performance Indicator (KPI) for handling, as well as re-engineering ship travel procedures and automating vessel travel permits.
In remarks on the occasion, the Minister of Transport and Chairman of the Board of Directors of MAWANI Eng. Saleh bin Nasser Al-Jasser, affirmed that this qualitative progress comes as a result of the unlimited support by the Custodian of the Two Holy Mosques King Salman bin Abdulaziz Al Saud and HRH the Crown Prince to the logistics sector spurred by the confirmation of the qualitative initiatives that MAWANI launched in accordance with its strategic objectives, in a way that contributes to consolidating the Kingdom's position as a global logistics center and a strategic hub linking the three continents, in line with the pillars of the National Industrial Development and Logistics Program (NIDLP) in accordance with the Kingdom's Vision 2030.
Minister Eng. Al-Jasser said that Saudi ports are currently witnessing qualitative leaps in various operations through developing port management environment and infrastructure, raising their operational and logistical efficiency, and availing its advanced capabilities in establishing development projects that contribute to achieving added value for the national economy and meeting the requirements of sustainable development.
Given the Kingdom's wide network of sea ports along the coasts of the Red Sea and the Arabian Gulf, qualifying it as the largest port network in the Middle East, and citing an important indication of the regional and international weight of Saudi ports, MAWANI, as per its ambitious goals and initiatives, under the umbrella of the National Strategy for Transport and Logistics, seeks to make Saudi ports an attractive center for maritime trade, occupy a leading international position in accordance with the international best practices, and give the Saudi ports a pivotal role in the global maritime transport industry.