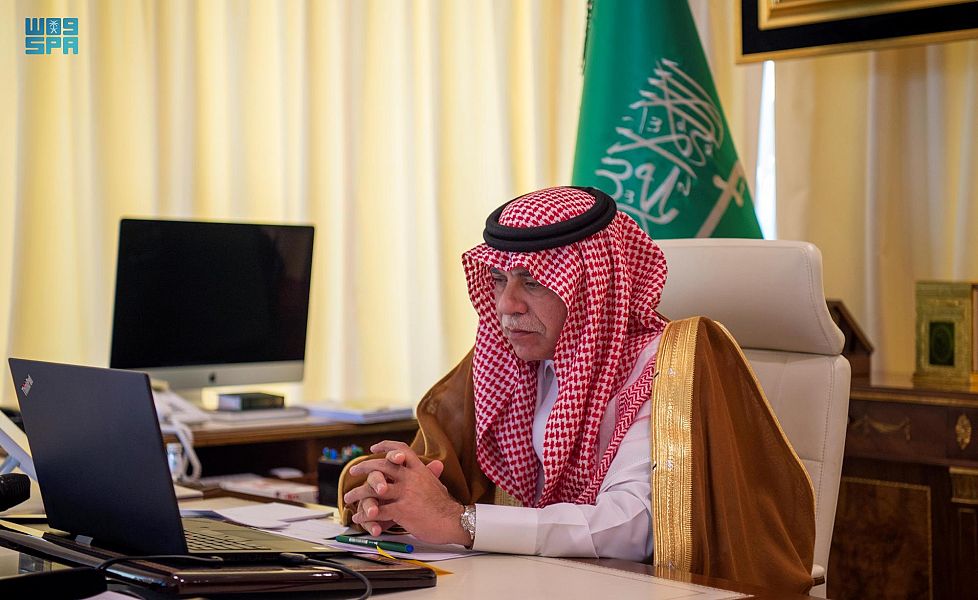 Acting Minister of Media Dr. Majid bin Abdullah Al-Qasabi virtually chaired today the meetings of Islamic Broadcasting Union's Executive Council and General Assembly.
During the two meetings, Dr. Al-Qasabi stressed the importance of joint Islamic media work, which is facing great challenges in light of the transformations and changes currently taking place in the world, and requires collective action and coordination of messages and media discourse to keep up with the changes and variations taking place in the media industry and their effects on Islamic societies.
He touched on the professional challenges facing radio and television institutions globally in a number of areas such as producing content that will keep up with the tremendous and rapid flow of news and the acceleration of events, the multitude of knowledge base requirements of the recipients, and the strong global competition in the entertainment industry, in addition to the challenges of enhancing presence in emerging media platforms.
Dr. Al-Qasabi also said "These challenges require working on developing a unified strategy based on studying the best international practices in this field and proposing initiatives to deal with them efficiently and effectively, and coordinating the efforts of Islamic countries in the media to ensure building a sound mental image about them internationally," calling on the Islamic Broadcasting Union to deal with those challenges.
Dr. Al-Qasabi praised the efforts of former Director General Mohamed Salem Ould Bouka, extending his gratitude to the Islamic Republic of Mauritania for its efforts and contributions in service of the joint Islamic media work.