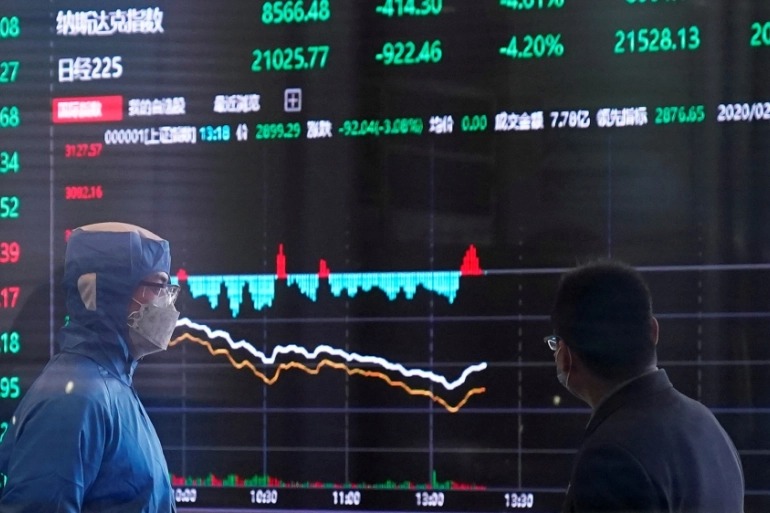 The S&P edged up from a record early Thursday on strength in technology shares, despite data showing an unexpected jump in US jobless claims.

The Labor Department reported 744,000 new jobless claims, seasonally adjusted, in the week ended April 3, an increase of 16,000 from the previous week's upwardly-revised level.

Though a negative sign for the economy, the disappointing labor figures "will convince the Fed that it needs to be patient before removing policy accommodation," Briefing.com analyst Patrick O'Hare said.

That outlook "is apt to sit just fine with the stock market," O'Hare added.

Among individual stocks, GameStop gained 1.6 percent after announcing that it would elevate board member and Chewy co-founder Ryan Cohen to chairman.

Cohen has been credited with shifting the focus to e-commerce at GameStop, which has seen volatile trading amid an online campaign by retail investors in response to other market participants who have sought to punish the video game retailer.