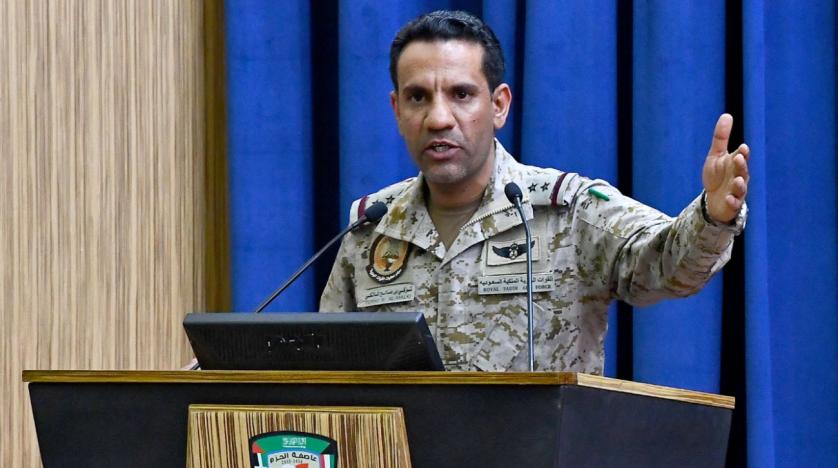 Targeting and destroying of number of caves to store ballistic missiles, drones and weapons in Sana'a belonging to Iranian-backed Houthi terrorist militia

Colonel Turki Al-Maliki, the official spokesman of the coalition to support legitimacy in Yemen said that the command of the joint forces of the coalition this evening carried out at 2256 hours a qualitative military operation to destroy a number of legitimate military targets, caves used by the Houthi terrorist militia to store ballistic missiles, drones and weapons. The caves are located in Faj Atan and Al-A'amd camp in the capital Sana'a.

Colonel Al-Maliki said that the targeting process is an extension of the qualitative military operations to destroy the Houthi capabilities, which are implemented by the coalition joint forces' command to destroy these capabilities and neutralize their threat to regional and international security.

Colonel Al-Maliki stressed that the targeting process is in accordance with international humanitarian law and customary rules, and that the command of the joint forces of the coalition took all preventive measures and necessary procedures to protect civilians from any collateral damage, while continuing to implement strict measures to destroy these capabilities and neutralize the threat to civilians inside Yemen and neighboring countries of Yemen .