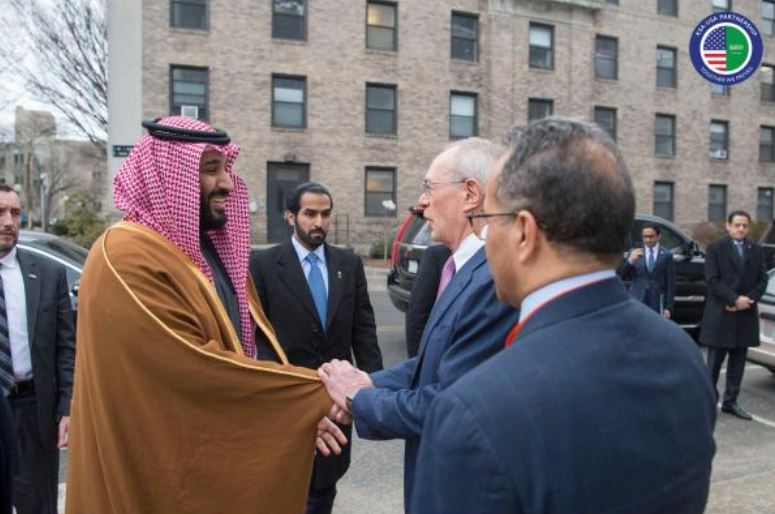 HRH Crown Prince Visits A Number of Health and Technical Centers, Meets with Presidents of Universities, Major Colleges, and Institutes

His Royal Highness Prince Mohammed bin Salman bin Abdulaziz Al Saud, Crown Prince, Vice President of the Council of Ministers, and Minister of Defense, visited today IBM Watson Health Center in Boston, as a part of his visit to the United States of America.
During the visit, Senior Vice President of the Center David Kenny briefed HRH the Crown Prince on the artificial intelligence applications and improvement of the research performance on drugs using artificial intelligence.
After that, HRH the Crown Prince visited Massachusetts Institute of Technology (MIT) where he met with MIT President L. Rafael Reif.
During the visit, HRH the Crown Prince toured the institute and visited the Biomechatronics Laboratory that uses modern technology in the artificial limbs.
HRH the Crown Prince also visited the Innovation Forum held in the Institute, where he was briefed on the models of modern industrial innovations and selected technical products for a number of Saudi universities and companies within framework of research and scientific cooperation with the MIT. King Abdullah University of Science and Technology (KAUST) has displayed the biometric magnetic sensor in the field of oil and gas exploration, and a project on smart cities for the use of alternative energy in various fields, including networks for internet of things, in addition to the introduction of a new generation of sensors to follow the status of the Red Sea and its creatures to maintain and protect the environment for future generations.
In King Abdulaziz City for Science and Technology's pavilion at MIT, four programs were presented, as follows:
- First program aims that the advanced research program seeks to invest in the future technologies.
- Second program aims to enhance innovation at all stages through the technical investment program in the emerging and technical companies.
- Third program, the Fast Innovation Track, seeks to establish an environment aiming to increase bilateral trade between the Kingdom of Saudi Arabia and the United States of America.
- Fourth program aims to rehabilitate the talented researchers in Saudi Arabia through the Technology Leaders Program, which provides a unique opportunity to develop the Saudi researchers.
The SABIC's pavilion highlighted products specialized in the engineering plastic industries, technologies in the manufacture of automobiles, sanitary ware and medical equipment.
The Saudi Aramco's Pavilion, the Saudi Aramco Research Center in Boston presented models of the Center's programs, including the 70% crude oil conversion of chemicals, oil and gas simulation program, 3D manufacturing, nanotechnology and CO2 conversion to chemicals to reduce emissions.
During HRH the Crown Prince's visit to Boston, a number of agreements were signed in the technical and research fields as follows:
- A cooperation agreement between Saudi Aramco and Massachusetts Institute of Technology (MIT) in the field of the sustainable development in the energy sector.
- A cooperation agreement between SABIC and Massachusetts Institute of Technology (MIT) in the field of pyrolysis research of natural gas.
- A cooperation agreement between King Abdulaziz City for Science and Technology and Massachusetts Institute of Technology (MIT) to establish a research center in complex engineering systems.
- A cooperation agreement between King Abdulaziz City for Science and Technology and Brigham Women's Hospital in the interest of Center of Excellence in Biomedicine.
- A Partnership between King Abdulaziz City for Science and Technology, King Abdullah University of Science and Technology and Research Product Development Company to establish Vaccine and Biotech Production Center at King Abdullah University of Science and Technology.
- Ibn Khaldun Fellowship between Massachusetts Institute of Technology (MIT) and King Abdulaziz City for Science and Technology.
- A agreement between General Electric Healthcare and FUJIFILM Diosynth Biotechnologies to establish a center for biologics manufacturing and vaccine development in order to supply equipment and developments of treatment of Middle East respiratory syndrome (MERS).
At Harvard University in Boston, HRH the Crown Prince met with Provost Alan Garber, chief academic officer of Harvard University, and the faculty members.
During the meeting, they reviewed aspects of cooperation between the Kingdom of Saudi Arabia and the University in a number of fields, especially in the areas of advanced research of entrepreneurship, systems engineering and development of education methods to cope with the new challenges.
HRH the Crown Prince held in Boston a meeting with the heads of the universities and major colleges and institutes, including, Provost Alan Garber, chief academic officer of Harvard University, President of the Massachusetts Institute of Technology L. Rafael Reif, President of Boston University Robert A. Brown, President of Tufts University Anthony Monaco, President of Northeastern University Joseph E. Aoun and President of Babson College Kerry Healey.
During the meeting, they reviewed the areas of cooperation between the Kingdom of Saudi Arabia and the educational institutions in Boston in the scientific and research aspects in order to deepen partnership with the US educational institutions in Boston through several initiatives in accordance with the Kingdom Vision 2030.
The meetings and visits were attended by Prince Khalid bin Salman bin Abdulaziz, Ambassador of the Kingdom of Saudi Arabia to the United States of America, and HRH the Crown Prince's official accompanying delegation.
HRH the Crown Prince left recently Washington heading for Boston within framework of his current visit to the United States.
During his stay in Washington, HRH the Crown Prince held meetings with US President Donald Trump, the US Secretary of Defense and the former and current officials at the US Administration in addition to meetings with a number of officials of the international organizations and heads of the US companies as well as his participation at the Saudi-US Partnership's celebration. 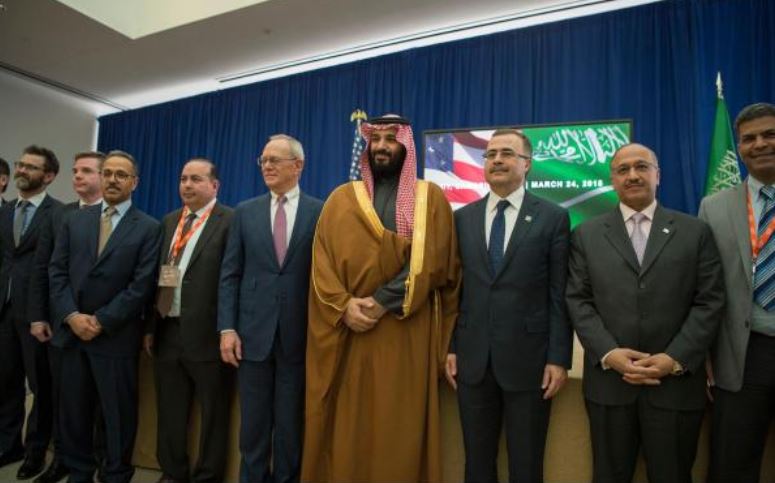 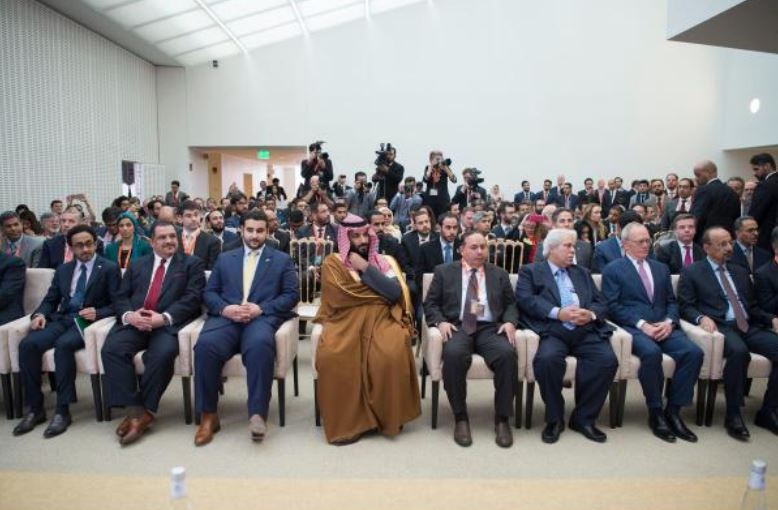 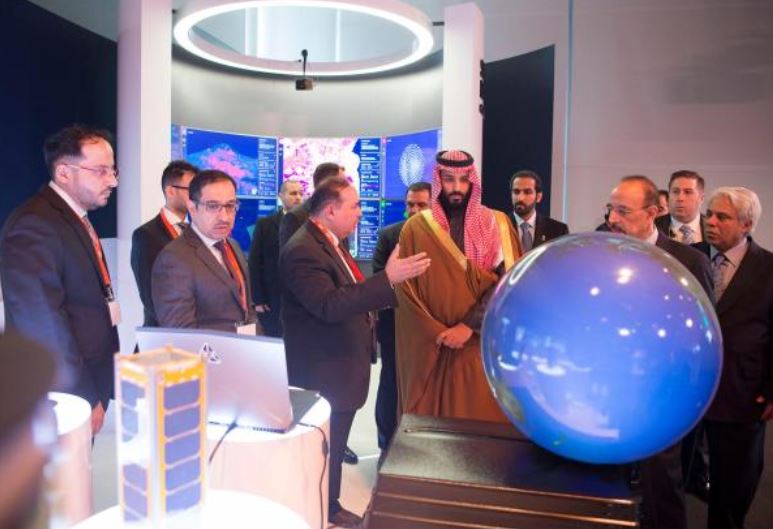 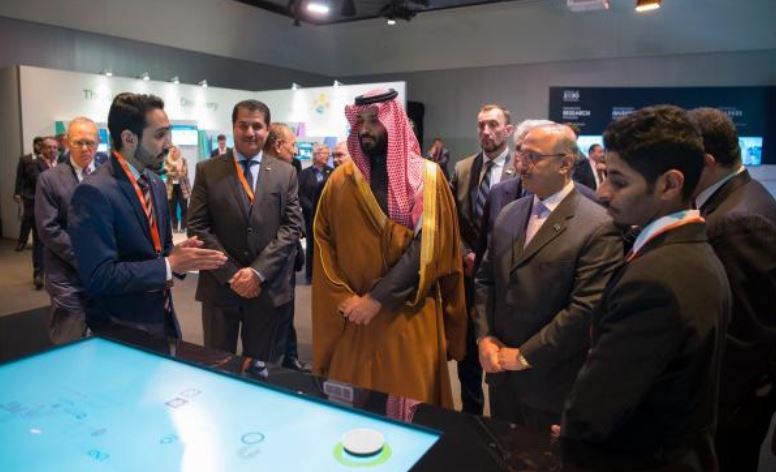 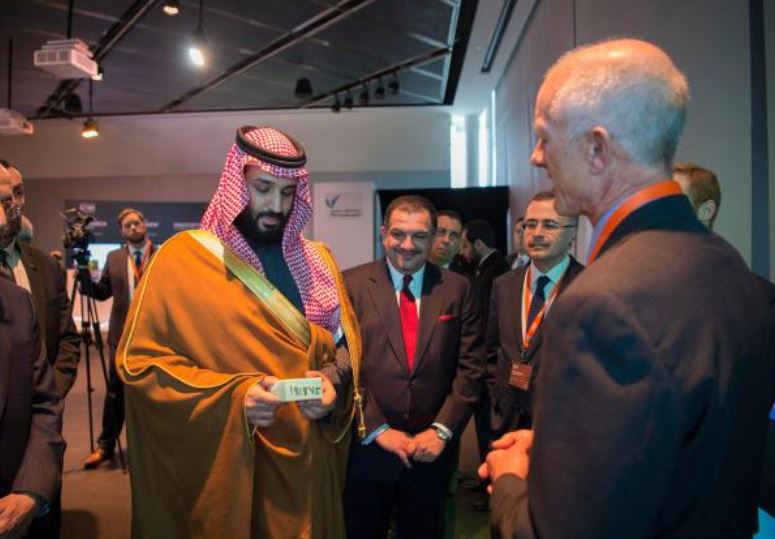 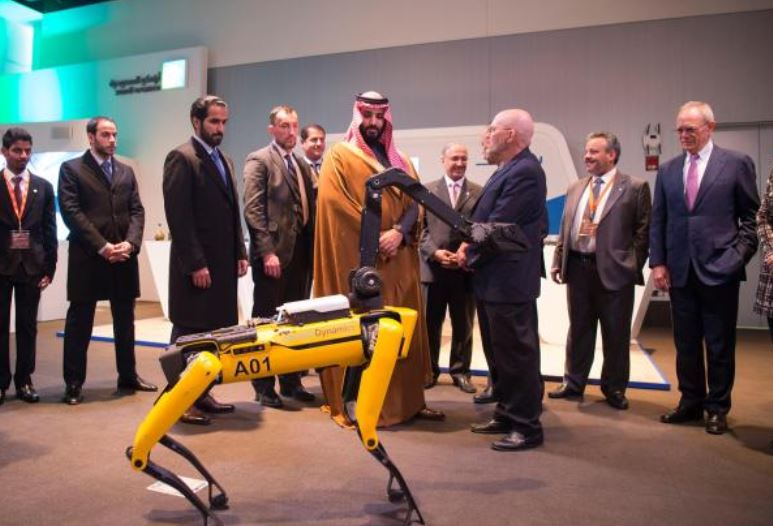 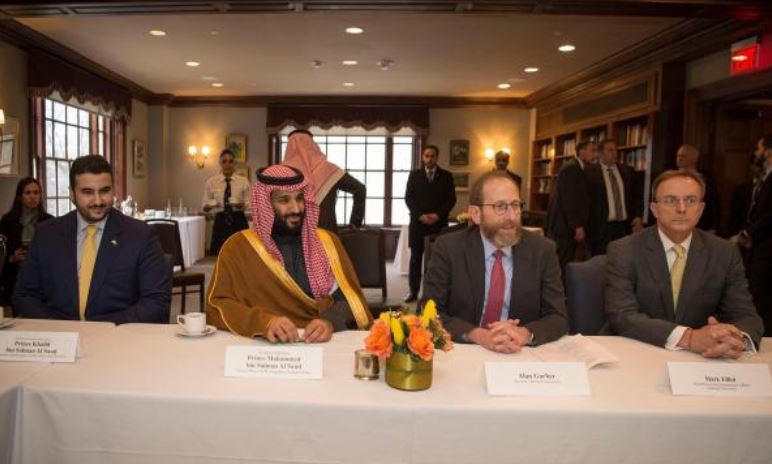 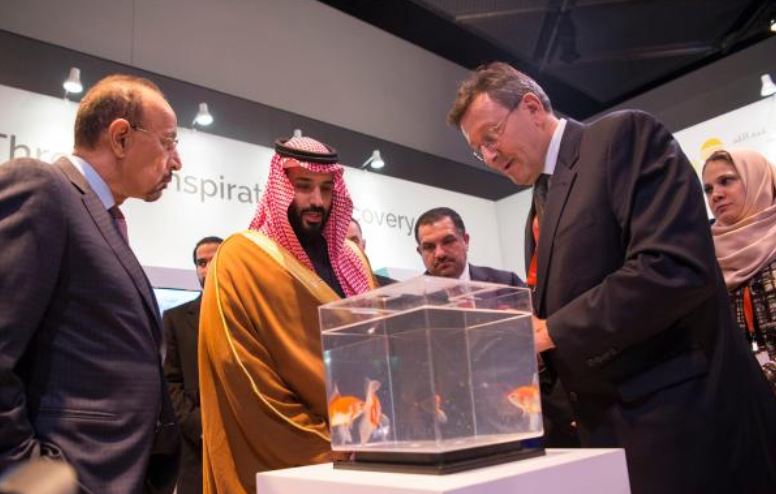 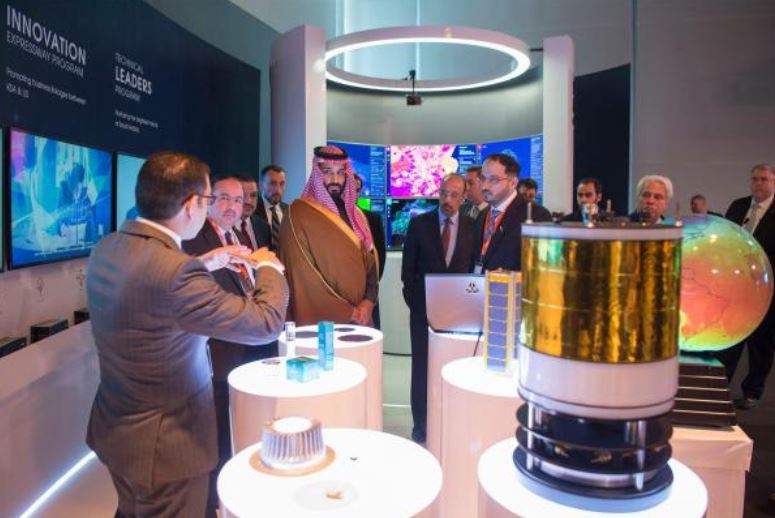 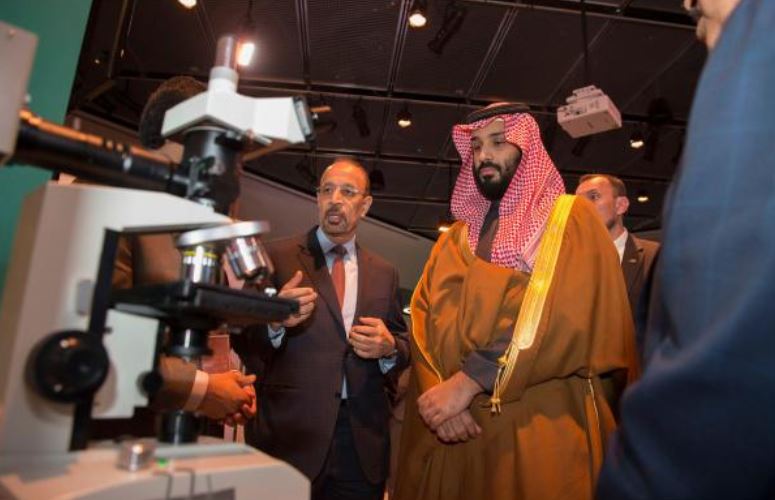