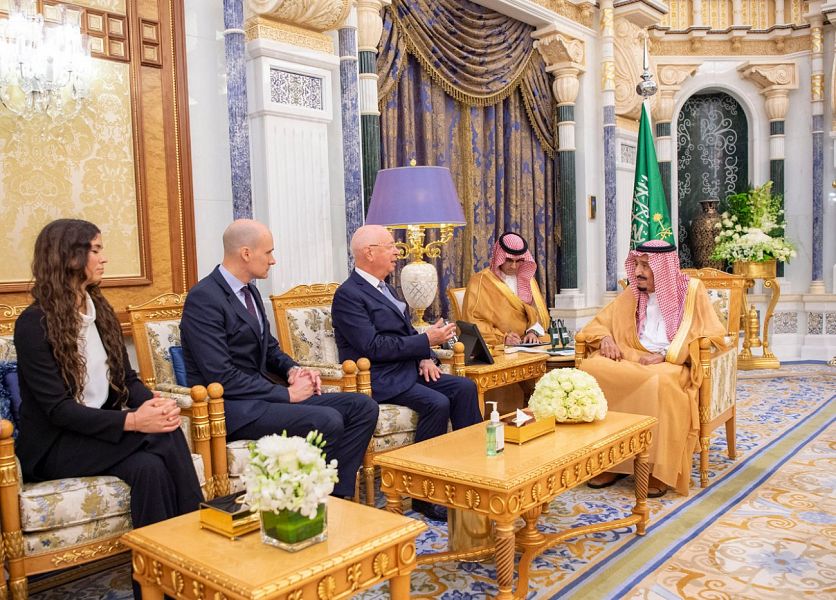 During the meeting, they reviewed aspects of cooperation between the Kingdom of Saudi Arabia and the World Economic Forum and ways of develop them including the opening of a new technology center affiliated to the Forum in Riyadh, considered being the fifth in the world.